At ELI, Euro-American talks on cooperation in the use of lasers took place 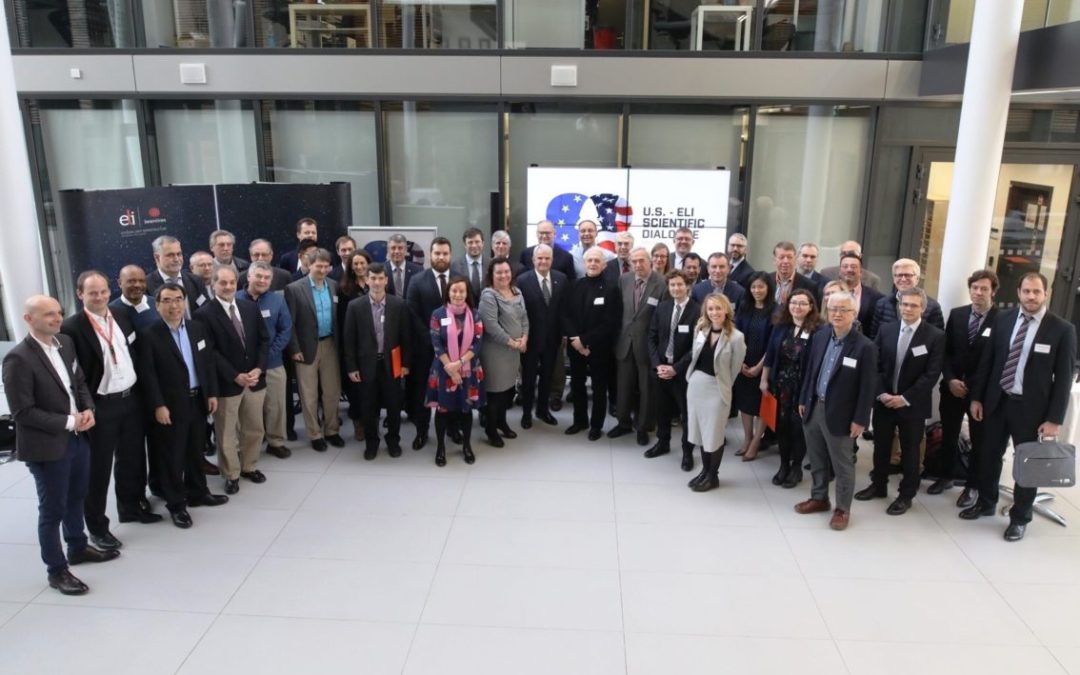 With the great interest of the scientific community and key agencies, a two-day event called Dialog USA-ELI takes place in the ELI Beamlines research center. The main objective of the meeting is to build on the existing excellent cooperation in building ELI’s unique research centers worldwide and to identify opportunities for further collaboration with ELI, both at research institutions and universities and at government level.

Events organized by the US Department of State are attended by representatives of US government agencies (Department of Energy, National Science Foundation, or Air Force Office of Scientific Research) as well as a number of prominent figures from US research organizations and universities. The event is held under the auspices of the US Ambassador to the Czech Republic Stephen King. the synergies in capacity utilization and collaboration between the two research communities. The Nobel Prize for innovation in laser technology is a testament to the extraordinary potential
The event is attended by Deputy Minister of Education Pavel Doleček.

The two-day event program consists of a series of lectures and discussion panels aimed at identifying the potential uses of ELI infrastructure by US research teams and the possibility of US involvement in traffic and, where appropriate, formal ELI structures.

” This event confirms that ELI has played an important role in European and world science shortly after its opening, ” adds Michael Prouza, director of the Institute of Physics of the Academy of Sciences of the Czech Republic.